This record was previously held by Weikang Biomedical Co. Ltd. in Linyi, Shadong, China on 5 December 2015 which consisted of 1477 people. 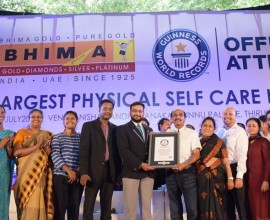